Below are archived interviews with bands, groups, and artists from across the country who have played Gorilla Music shows.

Kaylee Rutland, an 18-year-old Contemporary Country Singer/Song Writer from Texas, is scheduled to play on the 12th Annual Dallas Music Festival this year. This week, Jake from Gorilla Music caught up with Kaylee for a one-on-one phone interview, and here’s what she had to say. 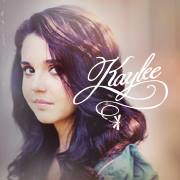 Music has always been something that Kaylee has wanted to do, and it has been a huge part of her life ever since she was a child.  Kaylee likes to focus a lot of her songs around material that she feels strongly about, such as her family and friends, faith, and love, and she says that all of her inspiration comes from Reba McEntire, Carrie Underwood, and Sarah Evans.

“If I hear someone say something that I think would work great in a song, I’ll take that knowledge with me and work with it to write my lyrics,” she says.  When Kaylee is writing songs, she says she is hard on herself because she wants the lyrics and music to sound as good as they can. Once Kaylee has the basic lyrics down for a song, she takes what she wrote and her and her band meet up, jam through it, and bounce ideas off of each other.

It has been about a year since her first EP was released; she is just about done recording her second EP and plans on releasing it sometime very soon. Kaylee just finished recording a song and music video with country stars, Jamie O’Neal and Colt Ford. “It was a real blessing to record with such nice and down to earth people like Jamie and Colt,” said Rutland. When Kaylee was just starting out in music, she says her biggest challenge was getting on stage and being comfortable instead of feeling awkward. Other that that Kaylee says rarely has any trouble with her band, pointing out that they get along really well.

Her favorite show she has played so far has been the Pregame Party on the Plaza; she has played this show twice now and has loved it both times. It is a two-hour set that was before the Dallas Stars hockey game. “It was freezing cold but I loved every second of it!” she says.  If Kaylee could open up for an artist of her choice, she would choose to open up for Reba McEntire because she is her idol.

For more information on Kaylee, you can check out her website and facebook, or to purchase tickets for this year’s Dallas Music Festival (May 30th-June 1st) featuring Hawthorne Heights, visit TicketWeb today!

Gringo Soul is a “one man show with a full band sound” fronted by Brandon Giannasi of Dallas, TX. Gringo Soul is scheduled to play on the 12th Annual Dallas Music Festival this year. This week, Jake from Gorilla Music caught up with Brandon for a one-on-one phone interview..

Brandon Giannasi, better known as Gringo Soul, is a solo artist out of Dallas Texas. I asked Brandon where he got the name of his band, and he said it he was working with a bunch of Hispanic people and they all referred to white people as “Gringos.” The name Gringo just rang with him so he “rolled with it and he is now known” as Gringo Soul. He gets most of his inspiration from the late and great Elvis, Nirvana, Sublime, Creedence Clearwater Revival and even from artists such as Vincent Van Gogh. All of those artists fuel to inspire him to write his funky and soulful songs.

Giannasi writes his songs about celebrations, hardships, life lessons, and growth as a musician and as “an average gringo.” Most of the creative thinking and lyric writing occurs while Brandon is driving. He says there is just something about driving that just gets him thinking and really gets his creative juices flowing. All Brandon needs while he is on stage is his Korg Keyboard, K oscillator, octopad, guitar and loop pedal and he is set to perform a great set. The crowd gets to see Brandon setting up the song and get to see all the components that go into a Gringo Soul song. He says that it takes one minute to get his back beat set up and he is good to go. Brandon has put out 4 albums as Gringo Soul, totaling in 34 songs.

Brandon is hosting an event called The Trash Bash Music Stash on June 28th. It’s an event that you volunteer and you pick up trash on three streets in Dallas TX. After the trash pickup is over, there will be free food, free beer and other drinks and a free concert. And if you don’t fee like picking up trash, you can pay $15 and still have some food, drink and enjoy a great show!

Brandon says if he could open for any band right now it would be the Stone Temple Pilots because he has a lot of respect for the music they make and it would be an honor for him to be able to play a show with them. “Since I haven’t gotten that opportunity, I would have to say my favorite show so far has been at the Woodshed in Fort Worth” Said Brandon. He said it was his favorite because he ended up performing for around 500 people who responded well to him and his music.

To finish up this interview, Gringo Soul had a little advice for people that want to start bands and bands struggling with finding an audience: “When you get denied to play a bar or a venue, you need to stay strong and get back up and get on with your day” said Brandon.

For more information on Gringo Soul, you can check out his Facebook, or to purchase tickets for this year’s Dallas Music Festival (May 30th-June 1st) featuring Hawthorne Heights, visit TicketWeb today!